Under the Spotlight - short story

It was the sound of glass shattering on the pavement that made my ears perk up and my idle body unwind from its tight, warm ball.

The parking lot below the bedroom window of my third floor apartment had a way of interrupting my evening escapism routines. I’d often be distracted from my novels and wine by fragments of people’s conversations, hurled up through my bedroom windows, but never had the most symbolically-fitting sound of shattering glass forced my mind to snap back into reality.

Intrigue compelled me to move out from under the secure weight of my bedcovers to standby the window. I switched off the lamp on my nightstand to have a better view out into the autumn night. Between parted blinds, my eyes were immediately drawn to an image I hadn’t expected to see. There hadn’t been a car crash or other similar fender-bender. Instead I saw, illuminated by the light hanging just over the communal garbage and recycling dumpsters of the apartment complex, a young man, who, groaning in frustration at the large amount of blue, shattered glass, resigned to return to his apartment.

Most likely to get a broom, I thought to myself. His tense body disappeared from the spotlight and I stared at the glittering fragments onstage. I was fixated on the beauty of the scene, despite the unfortunate circumstances that must have caused it.

I attempted to put the pieces together, leading up to this accident. I wasn’t entirely sure what had been broken — the amount of glass on the pavement seemed too large to be suggestive of a vase or other glassware. Had this young man been carrying some sort of frameless window and wanted to deposit it in the recycling bin? But then it slipped from his hands before he had deposited it? Or, more likely, had he been walking to his car, but he dropped it before he got there? It seemed so unusual. Had it really been a window? Or a table? The fact that I couldn’t come up with any definitive answers intrigued me further still.

The young man returned to the stage with his shoulders slumped and a kitchen broom and dustpan in his right hand. He began his hapless task of sweeping up the glass. His body was turned sideways to me; I could only catch the profile of his face. Still, I thought he was attractive. I liked the way his hair fell into his eyes when his head was tilted toward the pavement. He let out an exasperated sigh, producing a large, swirling cloud of mist that drifted up toward the spotlight. I could not help being transfixed by the unusual elegance of this scene.

Would he have been embarrassed to know that I had been watching him?

After dumping the last dustpan of shattered glass into the dumpster, the young man shook his head, either disappointed with himself or dejected by the loss of a valuable.

I watched his figure walk off stage. 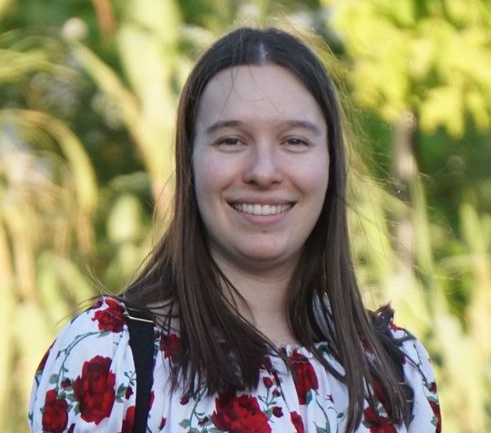